Our department also pays attention to groundwater flow investigations. In Hungary, more than 90% of the water supply comes from groundwater aquifers. In addition, subsurface waters from karstified and deep sedimentary aquifers are utilized with therapeutic and recreational aims too, while it’s already well known that the significance of thermal water in heating supply is continuously growing. These few examples can clearly reveal that the qualitative and quantitative protection of our groundwater resources is in focus and needs the help of academic research.

The availability and the quality of subsurface water resources are closely related to the water movement; as a result, one of the most frequented question and topic in hydrogeology is the determination of the hydraulic conductivity of aquifers. In this research area, beside field and laboratory measurements, we make numerical model investigations as well. A common field investigation method is the pumping test which is an effective way to describe the permeability of grained and fractured rocks. A laboratory model for pumping tests has been built by us to investigate the phenomena in simplified circumstances. Another laboratory model is able to demonstrate water seepage under an earth dam. The results of our measurements are always compared to numerical and analytical methods in order to get proper conclusions. 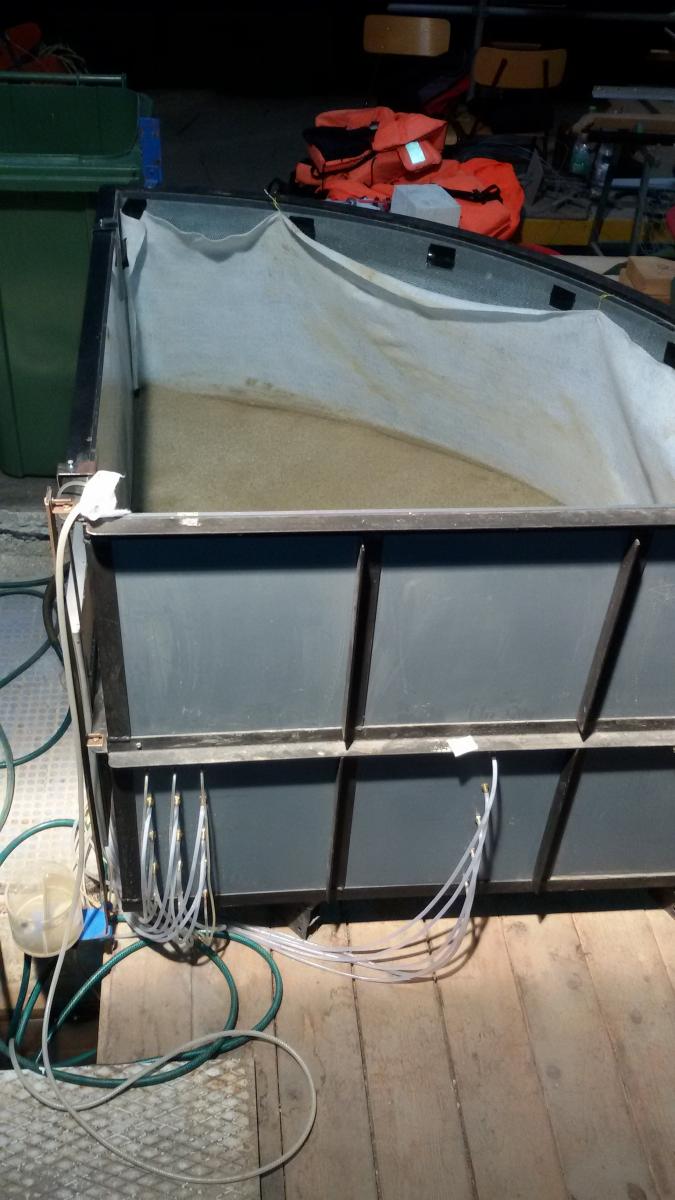 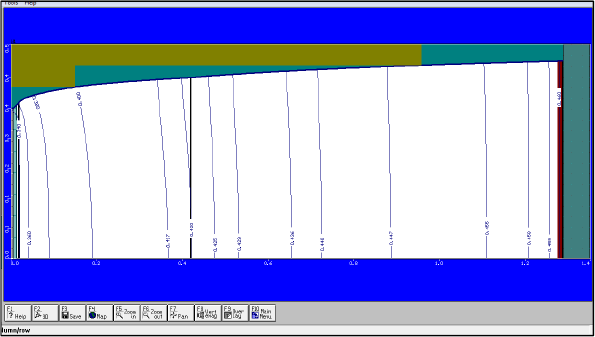 Vertical cut of the numerical model of the sandbox.

In the second part of the 20th century active and passive lowering of the water table became necessary, because the exploitation level of brown coal and bauxite mining in the Transdanubian Range reached the karst water level. The intensive dewatering caused large depression, which started to decrease when mining activity came to its end. The springs which went dry during the dewatering started to come back in town of Tata and its surrounding. We regularly measure the discharge rate and temperature of these springs with the cooperation of the Geological and Geophysical Institute of Hungary. Beside field measurements we make additional calculations and numerical model analyses which can help us to describe the flow system in the Transdanubian Range. 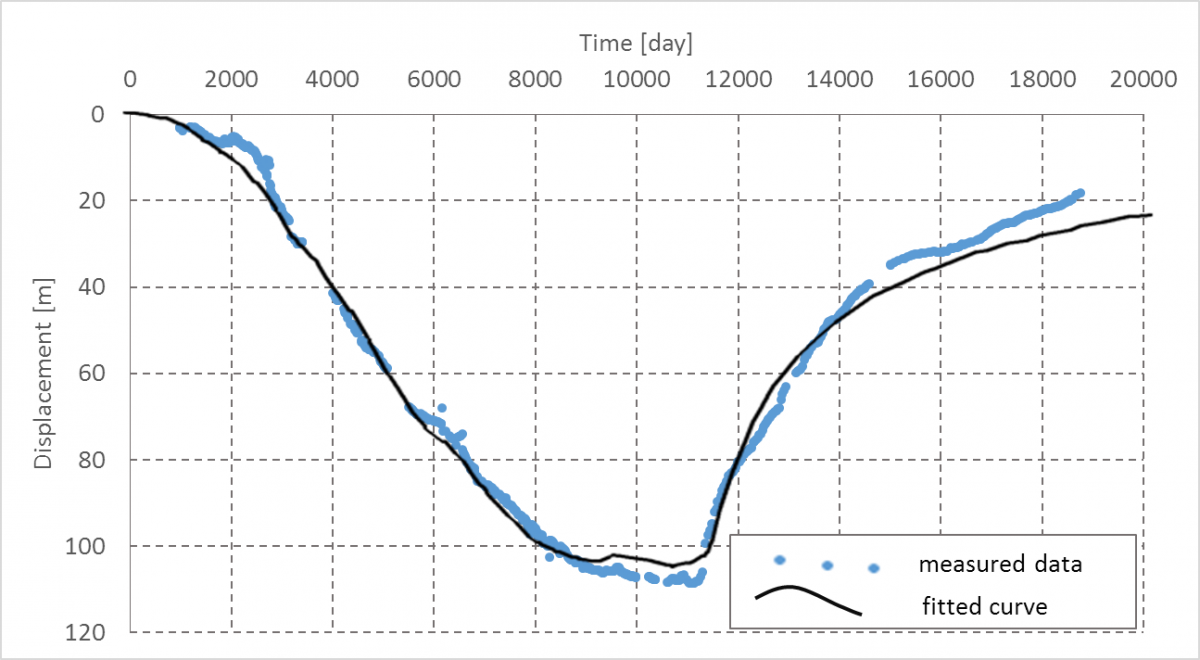 Drawdown curve of an observation well in the Transdanubian Range.

We cooperate with hydrogeologists from Eötvös Loránd University in the investigation of the Molnár János Cave in Budapest. The karstcave, developed in limestone and marl, is more than 8 km long and almost filled with lukewarm water. We examined the rate and direction of the flow in the cave system by means of current meters and tracer tests. We also measure the water level in the cave and the discharge rate of the two springs of the cave. These two springs feed a lake, its water level is also measured and the rate of dropping waters is also monitored. We also modeled the cave system numerically in order to simulate the water flow distribution in this complex system. 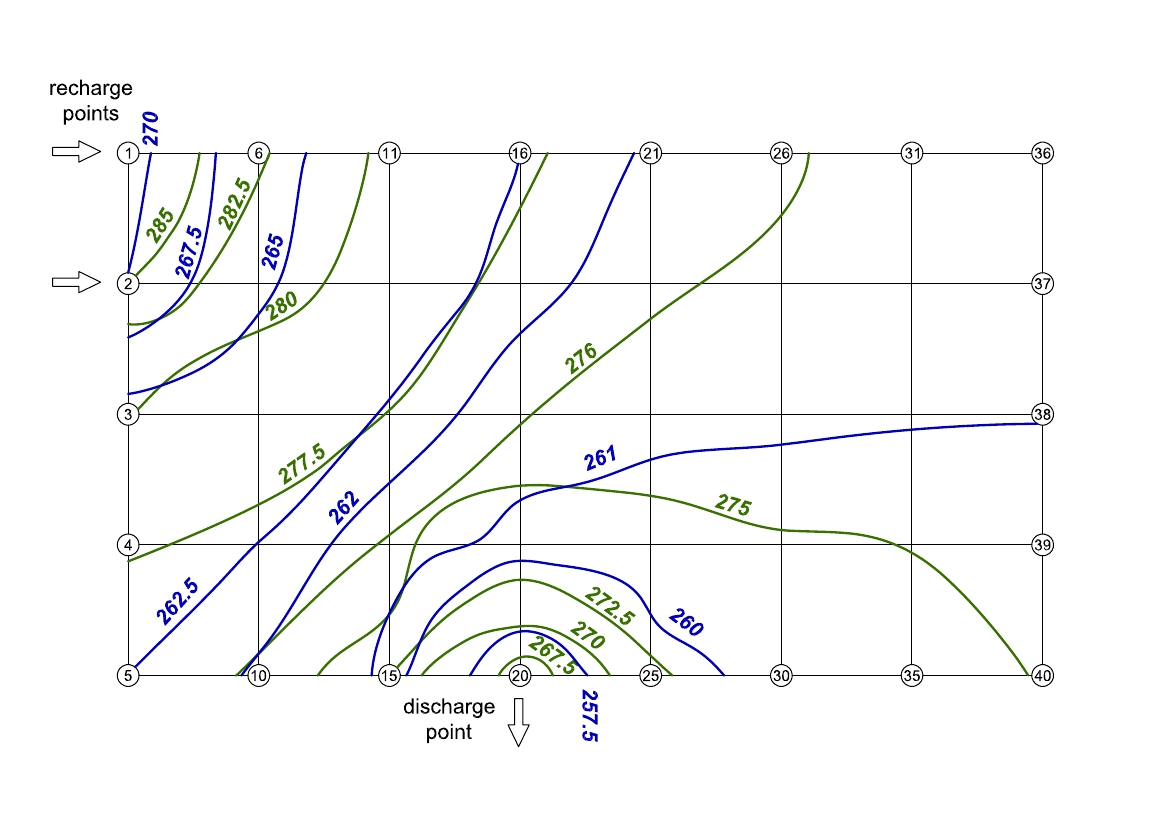